Creative thinking is one of the most useful skills you can have. It can help you to solve problems in day-to-day life and it can really stand out in any work you do.

There are some people who seem to find creativity easy, while for others it's much more of a struggle. Luckily, if that's you, it's possible to get more creative with practice, and there are tools which can help you get in touch with your creativity.

Brainstorming is one of the most common tools used to encourage creative thinking. So common that you've probably heard the word used, if not given it a try at some point.

Brainstorming can help you come up with a brand new idea, or build on top of an idea that already exists. Whether you're doing it on your own or with other people, here's a quick rundown of what brainstorming is.

One of the most important things to remember is that no idea is 'wrong'. Write down every idea. Start to group some together if you like. You should find that that once you write ideas down, they spark off new ideas. You should also start to see patterns, and what will work and what won't.

How to brainstorm in a group

Brainstorming is definitely useful to do on your own, but it really shines when you work as a group. Coming up with ideas together is something you may find you need to do at college or university, and it's almost certainly something you'll need to do at work.

The great thing about coming up with ideas in a group is that everyone sees things differently, and everyone can add something different to the mix. But to get the best out of everybody, you'll find it all goes a lot more smoothly if they all understand how to go about it.

So here are two good techniques to help you work together well.

6 people, who each come up with 3 ideas, repeated for 5 rounds.

Or at least that's how it was originally. Don't worry if there aren't 6 people in your group, you can still follow the general idea as long as you have at least 3 people.

Start with whatever you're aiming for, and make sure every understands. Let's say, how to raise £200 for a charity.

Then give everyone in the group a sheet of paper with your statement written on it, and some post-it notes for their ideas. Agree on a time limit for each round – five minutes often works well – then start the clock.

Each participant works on their own and comes up with three ideas, maybe more if they're feeling extra inspired. They put each one on its own post-it note, and then stick the post-its to their sheet.

When time's up, everyone passes their sheet to the person on their left. Now everyone has a sheet with the goal on it, and several of the last person's ideas to help inspire them.

Restart the clock and repeat the process, adding new ideas to post-its and sticking them to the sheet. These can be sparked by the last person's ideas, or than can be completely new.

Keep going like this – adding new ideas to the sheet and passing left – until everyone has the sheet they started off with. Then look over all of your ideas together, and discuss them. Which ones will work? Which ones won't? Which are your favourites? Why?

A Round Robin is similar, but uses a bit more structure. Again, you need at least three people, or you could even make it three teams.

Each person or team gets a sheet of paper with what you're trying to achieve, plus three equal-sized boxes. Label the boxes: Solutions, Criticism, Response.

Now each person or group takes five minutes – or however long you decide – to write out their solution to the problem in the Solutions box, and at the end of the time everyone passes left. So everyone should have a sheet with someone else's solution written in the box.

Now start the time again, and everyone spends five minutes criticising the idea written on their new sheet. In the 'Criticisms' box, they write down every possible way the idea might fail as well as all the positives they can see about it. Whether comments are critical or positive, they should help build on the ideas when taken together.

Then reset the clock, the sheet goes left again, and the next person of group takes their time filling in the last box with a response to the criticism. How can they fix the shortcomings while keeping what's positive about the original idea?

At the end, every person or team presents their response to the group, going through the ways they were able to improve someone else's original idea. Now discuss the ideas together, and like with the 635, talk about what works, what doesn't, what you like, and why.

Whichever technique you try, the great thing about both of these is that everyone in your team gets involved in coming up with new ideas, and with helping add to other people's ideas.

Ok, so far we've talked about using words to write your ideas down, and that's definitely a good way to go about it. But it isn't the only way. 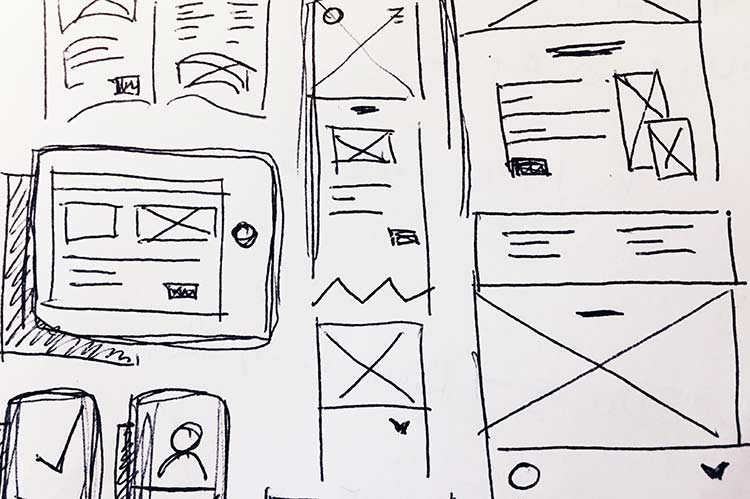 When we think, we don't really think in words. We think in ideas which often come to us as images. Then we translate those images into words to explain them to other people. And sometimes we lose something when we try to use words to explain what made sense to us as an image. So what if we skip the words part?

Well, one thing that happens is that you use a completely different part of your brain.

Our brains are spilt down the middle into two halves. One half contains the part which works with words and languages. This half is big on order and structure. The other half deals with images and picturing things, and is more creative. So by switching from words to pictures, you're literally changing which part of your brain you're using.

Switching backwards and forward, from language to images and so on, gets your whole brain involved, helping you get more creative in your thinking. It's almost like doing your own private version of the techniques we talked about above, where each half of your brain gets to work on the other half's ideas.

Get out your sketchbook

So what's a good way to show your ideas in pictures? Well, it's probably not with a detailed, realistic drawing of whatever your solution is.

When we talk about 'sketching' to help show ideas, we're talking about something that exists to get that idea across to someone, not to look beautiful. You want the other person to grasp your idea and be inspired by it, not to ask you to paint their portrait. So don't worry if you can't draw.

Think in terms of what you can show simply and of visuals that other people will understand. Basic shapes, arrows, lines, boxes, and triangles can all work well for this. Smiley faces to show emotions and reactions. But don't take too long – just long enough to get your idea across. So think quick, small, simple. And use thick lines which help get the idea across in broad stokes – literally – instead of detail and shading.

And if you haven't done a perfect job of showing what you wanted to, that might not be a bad thing. When other people see your sketch they'll bring their own ideas to it, and the way they build on what they think you meant might be even better than either of you could do on your own.

Now that you're comfortable sketching your ideas instead of writing them down, go back to the techniques we talked about above. Try a Round Robin or a 635 where instead of writing your idea out, you sketch it. And you can use sketches in the responses too, or a mixture of sketching and words. You'll find that the same people almost certainly come up with different responses to the same idea depending on whether it's been explained with words, or a sketch.

Choosing and refining the best idea and making it

Now that you've got some great ideas, you'll want to choose the best one overall to run with. This can mean getting feedback and criticism on an idea you've really worked hard on. So you might want to prepare yourself to take the feedback positively. 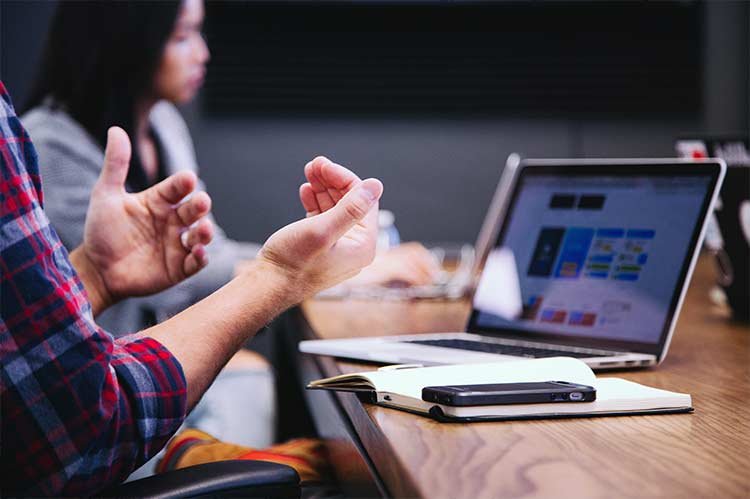 There are also tools you can use to help with choosing the best idea.

When you're just talking about your ideas as a group, it might not only be how good the ideas themselves are that plays a part. Some people in a group might dominate the conversation to push their favourite, and other sides might not get heard.

'Select the Hits' helps to get past this. It uses anonymous voting to put everyone's voice on the same level.

First you need a good-sized group of people to review the ideas. Make sure you don't choose people who all think the same way – getting people from different genders and backgrounds involved can help you do this.

Once they understand the idea, each reviewer gets the same number of votes. They decide by themselves in silence, then everyone votes at the same time. It's probably best to give each idea a number and ask people to write down their top two or three in order.

When they've voted you'll hopefully have a winner, but if two or more ideas are level you can vote again as tiebreaker.

Then you can talk about the choices you've made as a team, and why people voted the way they did. This step's important because you don't just want to know which people's favourite idea is, but also why.

An exercise like this can really help you make a better decision by bringing on board different people's ideas, not just ideas from one or two.

Fantastic, you've chosen the best idea. But could it possibly be better?

The great thing about Review is it that it focuses on positive feedback and recognising the good things about people's ideas. It works with positive prompts that people then put their comments against.

To start, you present your idea to a few people who weren't involved in coming up with it. Each person then writes down a response to these three prompts.

You don't even have to wait until you've got your final favourite idea to use Review. You can try it earlier in the process of coming up with ideas to help make your suggestions as good as they can be early on. And because it's all about positive feedback, nobody should feel discouraged hearing others put their ideas down.

Now you've mastered brainstorming, and you've tried out sketching to take things a level further. You've tested ideas against each other, picked out the best overall, and made it as good as it can be. What now?

Well, you'll often need to convince people outside of your group how great your plan is. Which is where your pitching skills come in. Learn how to put together a great pitch and make the impression you want.

And remember that all these skills – creative thinking to get the best out of yourself and others, finding out what a range of people think and choosing between suggestions – are all incredibly important to companies. They need new ideas to help them stand out to customers, and if you're something who's good at providing them, it can take you a long way.

Want to find out more about Creative Thinking?

If you want to read more articles like this one, take a look at our skills hub. If you'd like to take a deeper dive, check out our Learning Academy.